The drug was developed for patients with mild cognitive impairment, not severe dementia, and intended to slow progression of Alzheimer’s disease — not just ease symptoms.

The committee’s opinions were then left with the FDA as the agency mulled whether to approve the drug or pump the brakes.

The pharmaceutical company Biogen and its Japanese partner Eisai developed aducanumab, administered through intravenous infusion to treat early Alzheimer’s disease. The drug was developed for patients with mild cognitive impairment, not severe dementia.

“This drug targets the earliest symptomatic phase of the disease, called mild cognitive impairment due to Alzheimer’s. Treatment of this pre-dementia period is what the FDA is deciding on,” Dr. Richard Isaacson, director of the Alzheimer’s Prevention Clinic at Weill Cornell Medicine and NewYork-Presbyterian in New York, who had patients in the original aducanumab clinical studies, told CNN.

“We have to really temper expectations and explain to people that this drug is meant for the earliest symptomatic phases,” he added. “It pains me to say this but if I have a severe Alzheimer’s patient that can no longer speak or interact much with others and their family member is begging me to give them this drug, I won’t be able to do it.”

Aducanumab’s road to seeking FDA approval has been rocky — and controversial.

In March 2019, Phase 3 clinical trials of aducanumab were discontinued because a futility analysis found the trials were unlikely to meet their primary goals at completion.

“The futility analyses showed the studies were most likely to fail,” said Isaacson of the Alzheimer’s Prevention Clinic at Weill Cornell Medicine and NewYork-Presbyterian.

Several months later, Biogen announced that a new analysis, which included more patients, showed that those who received high doses aducanumab experienced a reduction in clinical decline in one trial.

Results for some patients in another study supported those findings, as well.

“Now the messaging was like, ‘Wait a minute. It worked, and it especially works if you pull all the high dosages from the two studies,'” Isaacson said. “Because it would take years to repeat a study, and considering the lack of available therapies to treat the pre-dementia phase, the company made an uncharacteristic decision — to still apply to the FDA.”

In July 2020, Biogen completed its submission to the FDA for a Biologics License Application for approval of the drug.

Since then, Alzheimer’s disease researchers, doctors and patients have been waiting for the FDA’s decision.

Some groups, including the nonprofit Public Citizen’s Health Research Group, argued that the FDA should not approve aducanumab for treatment of Alzheimer’s disease due to lack of evidence of its effectiveness.
In April, the nonprofit wrote a letter to Secretary of Health and Human Services Xavier Becerra asking the department’s Office of Inspector General to investigate the “close collaboration” between FDA and Biogen regarding the company’s application for approval of aducanumab.

There have also been concerns around cost.

In May, the Institute for Clinical and Economic Review released a draft report estimating that the drug should cost between $2,560 to $8,290 per year — not up to $50,000 based on market analyst estimates — and noted that “the evidence is insufficient to conclude that the clinical benefits of aducanumab outweigh its harms or, indeed, that it reduces progression” of Alzheimer’s disease.

Other organizations, such as the Alzheimer’s Association, have supported approval of the drug.

On Friday, the Alzheimer’s Association’s website said, “Whatever the final decision by the FDA, this is an important moment. We have never before been this close to approval of a medication for Alzheimer’s that could change the progression of the disease, not just the symptoms. Together, we can continue working toward our vision of a world without Alzheimer’s and all other dementia.”
There has been so much attention around the drug that Washington University’s Knight Alzheimer Disease Research Center in St. Louis issued a statement on Friday noting that if the drug is approved, “it will still likely take several months for the medication to pass other regulatory steps and become available to patients.”

‘The infusion gives us the basis for hope’

For those with mild cognitive impairment and their families, the drug had given hope.

Jenny Knap, 69, has received infusions of the aducanumab drug for about a year now as part of clinical trials in two six-month stretches. She told CNN that she underwent treatment for about six months before the study was put on hold in 2019, and then continued treatment about six months ago.

“I can’t say if I noticed it on a daily basis, but I do think overall, I’m doing much better in terms of looking for where my glasses are — things like that,” Knap said.

In 2015, when Knap was diagnosed with mild cognitive impairment, a clinical precursor of Alzheimer’s disease, the signs of the condition were subtle, but they were there.

She often would misplace her glasses or she would repeat herself, forgetting conversations from moments ago, her husband, Joe Knap, said.

As these occurrences became more frequent, “we were aware that things were starting to slip through the cracks,” Joe said.

Jenny visited the Cleveland Clinic’s Lou Ruvo Center for Brain Health in Ohio for testing and received her diagnosis. Then a couple of years later, in early 2017, Jenny learned that she was eligible to participate in clinical trials for the Biogen drug aducanumab at the Cleveland Clinic. She signed up to volunteer — and has been in the trial ever since.

“It turned out that for the first year and a half Jenny was in the placebo category,” Joe said, which means she did not receive the treatment.

The trial was blind so they did not know she was in the placebo group until recently. As the study went on, Joe said that she was later given the drug around August 2018 and continued until February 2019. Biogen suspended the trial in March 2019, but it then resumed last fall and Jenny began receiving infusions again.

Now, every four weeks, with Joe by her side, Jenny receives aducanumab infusions at the Cleveland Clinic, which is about a half-hour drive from their home. Even though she just recently started treatment, Jenny said that she thinks it has been helping some, along with maintaining a healthy diet and exercising regularly — she goes on 4-mile runs.

“Aducanumab’s promise is to slow down the progression of the disease and not to improve the cognition. In her case, we did not appreciate any major decline,” Dr. Babak Tousi, Jenny’s doctor who led aducanumab clinical trials at the Cleveland Clinic site, wrote in an email to CNN.

“This treatment is very different than what we have had before. We have never had a medication that would slow down Alzheimer’s disease progression,” he said. “Current available medication such as donepezil or memantine only help modestly with the symptoms but do not slow down the disease’s progression.”

Jenny said that she has not experienced any noticeable side effects of the drug.

“At one point, it was a while back, there was evidence of some very slight bleeding in the brain. It was actually very low levels,” Joe said about Jenny, but he added that doctors were not concerned.

Tousi noted in his email that with continued treatment, “blood vessels may become leaky so fluid and red blood cells may leak out to surrounding area” and these “micro hemorrhages have been reported in 19.1% of participants of the trial who received” the maximum dose of treatment.

So far, the infusions and maintaining a healthy lifestyle have given Jenny and Joe a more “upbeat” outlook on the future, Joe said. They were also happy to participate in the trial — an effort to make a helpful difference in the lives of others.

“Before we got into the clinical trial, there was this fear of what lay ahead,” Joe said. “The medical component of the infusion gives us the basis for hope. But then the exercise on a daily basis gives us immediate positives.”

Trevor Bauer critiques MLB's approach to foreign substance crackdown: 'No one knows what the rules are right now' 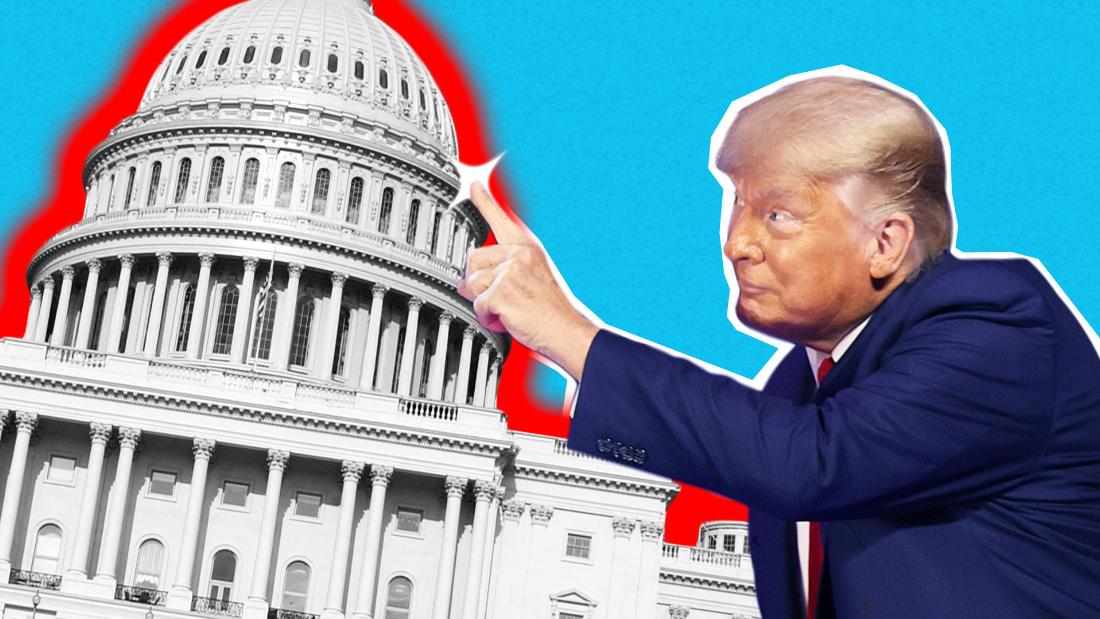 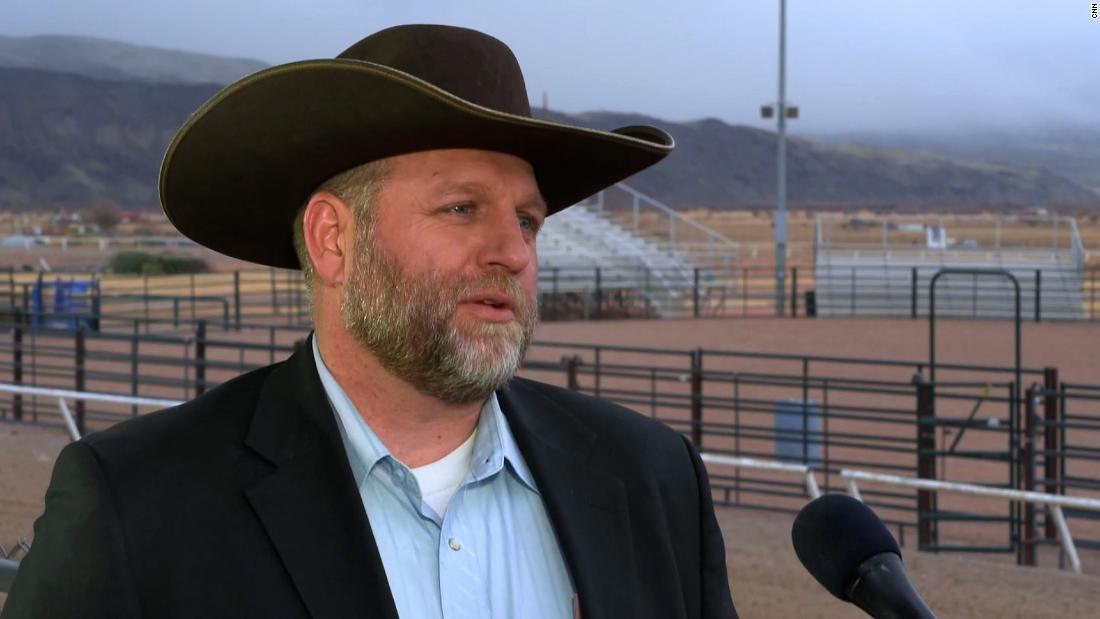