Harena Data has a complex business with five different ways to support amateur esports and sports. CEO Derek Pew acknowledges that complexity, but he notes the National Football League is complex as well, and they’re doing pretty good. And the company is announcing a couple of big projects today, including the Esports Combine event coming this fall and the Cognisat virtual reality analytics platform.

It may sound like a lot for a startup to do, but Pew notes that everyone wants esports to rise to the level of traditional sports when it comes to the engagement of fans and increased revenues. He says Harena doing all it does is similar to what the NFL undertakes to ensure there is strong community support for football and a disciplined way to surface the best talent.

“I don’t blame you for thinking it is complicated,” Pew said. “The NFL is complicated. But they all do exactly what we do. When we looked at the video gaming space, there was no way to metric and use metrics to allow people to find each other beyond the simple rankings in games. We started as a cognitive analytics firm that would help gamers either find each other, or the recruiting team for colleges finds the gamers.”

Above: Harena Data calculates a GYO Score for esports athletes.

But Harena Data can do that kind of analysis in an all-virtual way, coming up with observations about players based on how they function so that scouts and coaches can more quickly understand the potential of players.

If you play League of Legends, after a few games the GYO Score will show you where you stand on farming, vision, defense, teamwork, etc., and how you can improve. Using this kind of analytics, more than 500 players have already earned collegiate esports scholarships through GYO.

Analytics is a competitive advantage for players who want to improve.

“We provide data to empower the player just like our esport platform is delivered to augment the traditional coaching,” Pew said. “It’s really important to understand the persona of every team player, so you understand where their strengths and weaknesses might be. Then you can work as a team to figure out how to modify your team play.”

Harena Data also handles tasks related to the management of esports teams and leagues. It can manage rosters and schedules. And it can create an online store so that state associations can purchase uniforms, gear, accessories, and mobile concessions for their esports teams and leagues. As an example, if you’re a team in an esports league, you want to stand out at tournaments, so you buy customizable esports jerseys with your team name, logo, numbers, and so on. Parents and fans can also buy your merchandise to show their support and represent a team.

“Most of those communities require some sort of ecommerce solution for clothing, so we do uniforms,” Pew said.

“Unlike most companies in esports space, we don’t use that platform as a standalone business,” Pew said. “We use it as a way to integrate into some other community. Usually, it has an athletic community, but it can be any community or technology. When we aggregate those communities, we go after opportunistic revenue.”

Above: Cognisat uses VR and other tools to assess your esports potential.

The new Cognisat VR analytics is a tool that blends cognitive metrics from traditional sports with cognitive metrics from virtual sports to provide complete and highly predictive profiles of athletes. If you are a real-world soccer player (that is, not an esports player), you can take various soccer skill tests in real life and VR. The real-life test shows what your strengths and weaknesses are. The VR test shows you how to improve your game with analytics.

“From the cognitive analytics side, we extend virtual play and traditional play, and allow entities to train athletes or athletes to manage their own professional growth by using our fundamental analytics,” Pew said.

Analytics include putting more spin on the ball at two times velocity, having a higher arc on your kick for more efficient results, swinging your leg slower to reach a certain speed, etc. These analytics help players improve their game, achieve results, and get drafted. 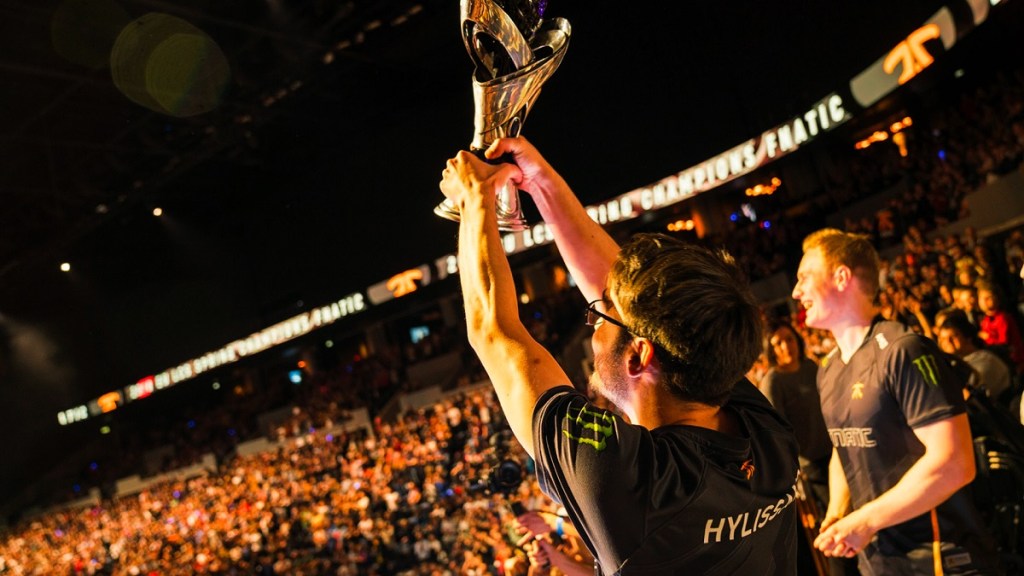 Above: Fnatic is an esports gaming brand and series of teams.

Harena Data can also promote esports through tourism in partnership with cities. It does so by hosting tournaments in select cities across America. Anyone in the U.S. can compete, and the top players get an all-expense-paid trip to the headlining city to compete for scholarships, a spot on an esports team, and various prizes. The company did this with the town of Myrtle Beach, South Carolina.

Pew also said the company sees sports and esports as the same opportunity.

“We view esports as a continuum from traditional sports,” he said. “Our esports platform is really built to get ingrained with preexisting communities of youth development or young adult development. Almost all of our most of our business clients today come from either athletic departments and colleges or youth athletic organizations. And our platform acts as an extension of what those people are doing.”

The company isn’t a tournament organizer. Rather, it supports those that organize the tournaments. The company partners with state youth athletic organizations. It competes with PlayVs and High School Esports League in some respects.

Late last year, Harena Data launched StudioGYO, which develops and delivers high-quality esports video content. It can bring gaming and esports events to movie theaters, bars, and restaurants across the country. The company is also launching Go PiXLS next month, an esports entertainment network entirely dedicated to esports and gaming, with live events, pre-recorded programs, and other features from around the gaming world. The network will be featured on 30 platforms and cable television.

“For media, we aggregate the media,” Pew said. “We do the editing and producing and directing. We enable the distributors to air esports content.” 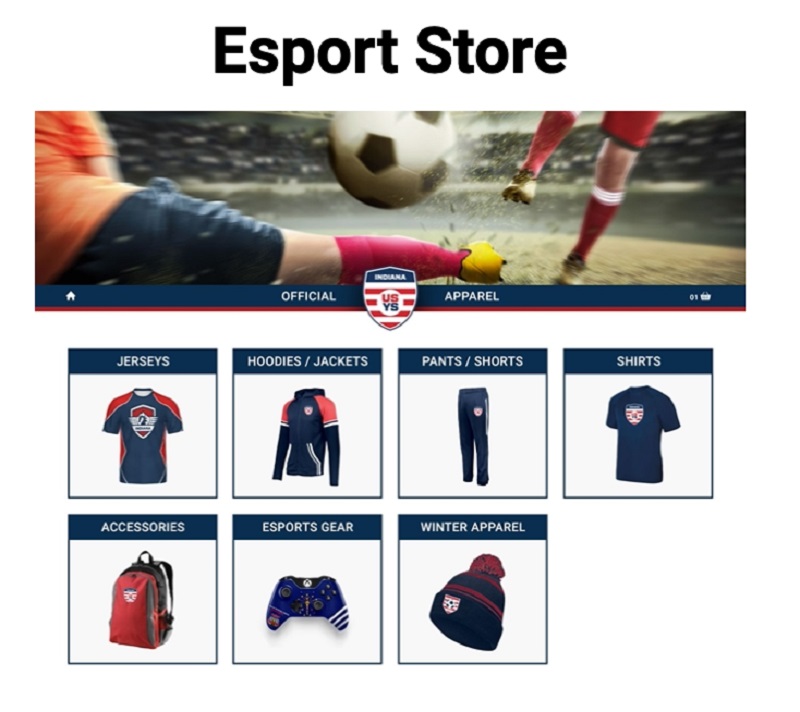 Above: Harena Data handles the merch stores for esports organizations.

The Esports Combine will be held October 15-17 as a virtual event. It’s a big collegiate recruiting event for esports athletes, and it is being produced by Harena Data and Indiana Sports Corp. It will enable candidates to demo their skills in front of the nation’s top recruiters and earn scholarships for college esports. It will be livestreamed as an all-virtual event by Super League Gaming.

“The virtual experience was actually really effective last year,” Pew said. “We’re going to continue with a virtual-based college recruitment platform. We’re going to wind up with a tournament that is in Indianapolis that is curated by a couple of the major universities in Indiana.”

Harena expects this year’s Esports Combine to draw 10,000 gamers and 200 colleges and universities. Hundreds of the largest esports scholarships are up for grabs, and gamers will be able to tap into the country’s best scholarship opportunities. Last year, there were 6,000 participants and 100 colleges.

Harena Data was founded in 2017, and more than 30,000 players have received a GYO Score on the platform since it launched in September 2019.  The company has 15 employees, and it is adding to the team. It has raised $1.8 million to date. 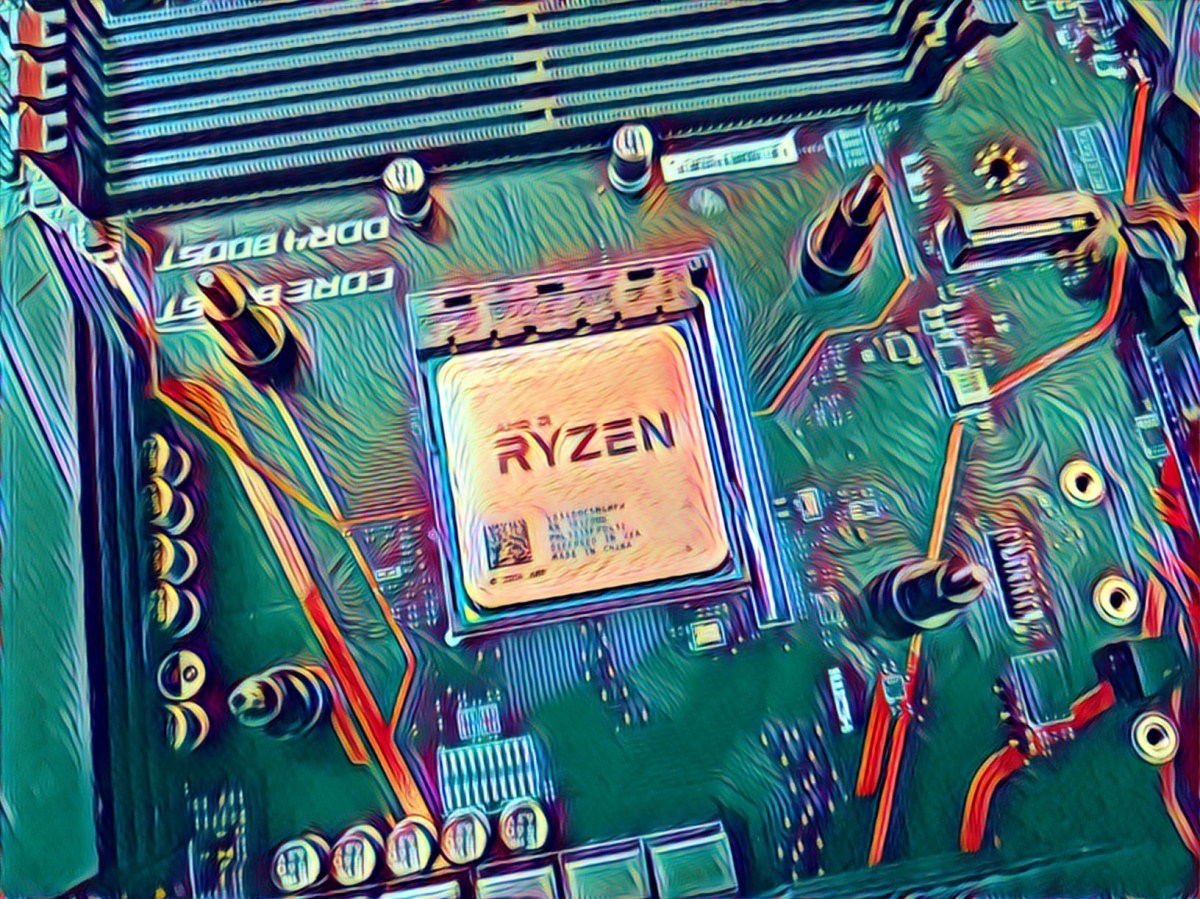 On the hunt for a new job? Then you need to check these roles out 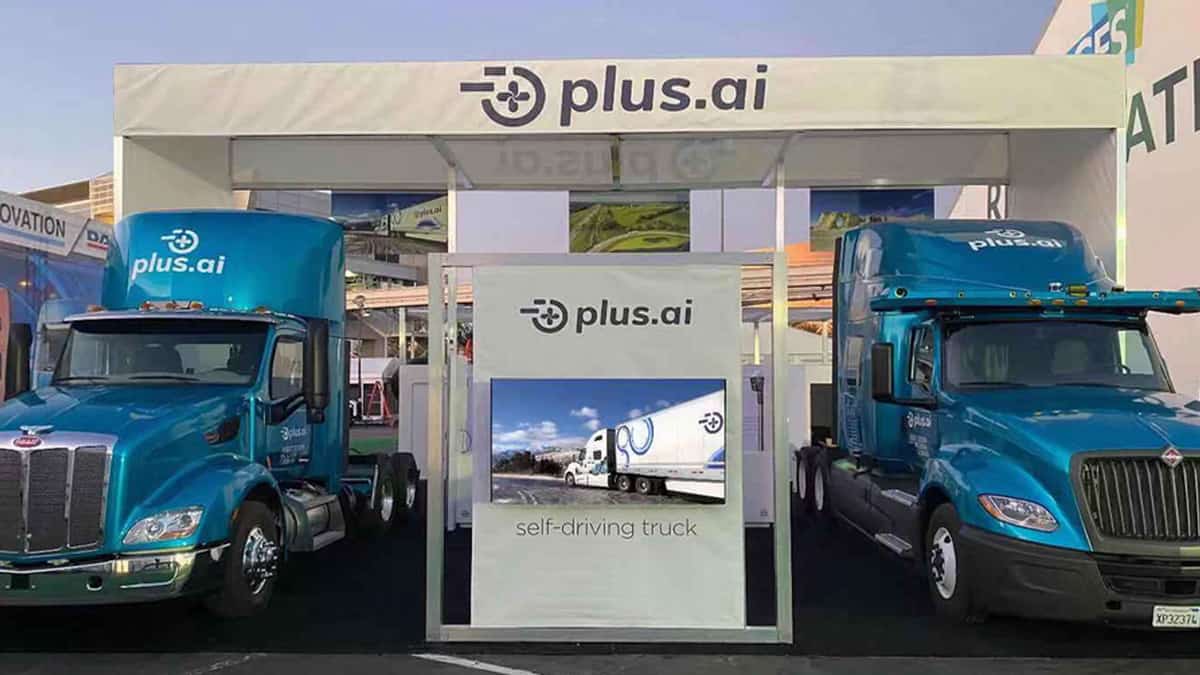 Plus raises $200 million to develop its autonomous truck platform