Very rarely will you find a championship-contending team that is without young talent. While veteran free agent acquisitions can help push a club over the top in some instances, the foundation to most Super Bowl-winning squads is based on young players that teams have been able to identify at the NFL Draft and bring aboard. On top of what they can do on the field, one of the biggest benefits of finding talented young pieces is that they come cheap, allowing you to utilize salary cap space to address other areas on the club. While you mostly see that when it comes to young quarterbacks, it’s beneficial wherever you can get it on your roster.

Today, we’ll be continuing our series highlighting some of the NFL‘s best and brightest young players by going through our All Under 25 Team. My colleague, Jordan Dajani, has already gone through the offensive side of the ball with his All Under 25 Team and I’ll be going through the defense. Also, be sure to check out our Top 25 overall players under the age of 25 as well. Ready? Let’s roll out the defensive stars of today (and tomorrow).

Young has just one season under his belt, but is already the envy of every defensive coordinator in the NFL. Coming out of college, he was looked at as a generational pass-rusher, so his immediate impact in the league shouldn’t come as too much of a surprise, but it was awe-inspiring and only makes you more excited for what the rest of his career could be. In 15 games played, he totaled 7.5 sacks, 24 pressures, and 32 total tackles for Washington. Young also forced three fumbles, recovered three, and has a touchdown to his name. He did all that at just the ripe age of 21. At 6-foot-5, 264 pounds, he’s an athletic freak that moves with ease. On top of his talent, Young also seems to be the type of leader that can truly become the face of a franchise, which is reminiscent of J.J. Watt’s early days with the Houston Texans. That’s the caliber Young is set to put himself in.

While we rightfully sing the praises of Young, let’s not forget Nick Bosa. According to Pro Football Focus, Bosa is the only edge rusher to produce a higher-graded rookie season than Young dating back to 2015. He may not exactly be at the forefront of most folks’ minds due to the fact that we only got see him in two games last season before he suffered a torn ACL and was ruled out for the rest of 2020, but make no mistake, this is another elite pass-rusher when healthy. During his rookie year back in 2019, Bosa not only put together an impressive stat line — nine sacks, 45 pressures, 25 quarterback hits, and 16 tackles for loss — but he also proved to be a clutch piece of San Francisco’s front seven as they marched through the NFC and reached Super Bowl LIV. In that eventual loss to Kansas City, Bosa played well and recorded a strip-sack on Patrick Mahomes. If you’re a GM looking to build a defense, you won’t go too far down the list before Bosa’s name comes up.

The New York Jets haven’t been anything to write home about for the past few years, but Williams is certainly one of the franchise’s bright spots. The former No. 3 overall pick has blossomed into an anchor inside New York’s defensive line and is why the front seven has been an area of strength for them even during a 2-14 campaign in 2020. He took a noticeable jump in production last season where he earned career marks across the board. In 13 games played, he totaled seven sacks, 55 tackles (10 for a loss), and two forced fumbles. He also recorded 20 pressures, which was nearly double from his rookie season. That is the type of player the Jets were hoping to acquire when they selected him inside the top-five out of Alabama in 2019 and, so long as he continues on this trajectory, he’ll be considered one of the best players at his position in the entire NFL and not just in this age bracket.

Tennessee’s gamble to select Simmons with the No. 19 overall pick at the 2019 NFL Draft proved to be a smart move. Of course, talent was never the issue with Simmons, rather it was a torn ACL that he suffered leading up to the draft that gave some teams pause on what otherwise would have easily been a top-10 prospect. Instead, he fell into the Titans’ lap and has been a solid piece upfront. He was impressive during his nine games as a rookie but really flashed his potential last season with more time removed from his ACL tear. Simmons recorded 49 tackles, three sacks, 14 quarterback hits and 21 total pressures for Tennessee. While Mike Vrabel’s pass-rushing unit has been an issue over the last few seasons, Simmons is not one of the guilty parties there. Out of all the second-year defenders in the league last year, Simmons was PFF’s highest-graded player.

In the very near future, we could be talking about Fred Warner becoming the NFL’s highest-paid linebacker, so he naturally makes the list. Despite a looming payday, you could also make the case that Warner is one of the more underrated talents in the league. In the three seasons he’s been with San Francisco, he’s totaled 367 tackles and been strong in coverage with 21 pass breakups over that stretch. Last season, he allowed just a 62.3 completion percentage when targeted and a 69.7 passer rating. Those totals gave Warner the highest coverage grade by a linebacker since 2017, according to PFF. Anything you need a linebacker to do, Warner can provide and was a critical piece to the 2019 team that nearly won Super Bowl LIV. In that game, he played tremendously, intercepting Patrick Mahomes while also totaling seven tackles. At just 24, you can expect more elite play from Warner as we move forward.

When you’re a top-five pick, the bar is set pretty high and that prospect will be asked to provide an immediate impact on his new club. Well, through two seasons, Devin White has answered the bell quite nicely in that regard. The LSU product came out on fire during his rookie season, finishing with 91 tackles and 2.5 sacks. He also recovered four fumbles that year and returned two for a touchdown. While that first impression was impressive, White continued to elevate his game during his sophomore season in 2020. In 15 games, he notched career-highs in tackles (140), tackles for a loss (15), sacks (nine), pressures (20), and pass breakups (four). Not only that but White developed into a clutch piece for Tampa Bay as they marched towards a Super Bowl LV title this past year. In the three games he played during that four-game sprint towards a Lombardi Trophy, White totaled 38 tackles, two interceptions, and recovered two fumbles. The defense — partially led by White — was one of the main reasons why Tom Brady picked the Bucs in free agency back in the spring of 2020 and after seeing what they were able to do last year with White at the helm, it’s easy to see why.

Roquan Smith has three seasons under his belt and it still feels like he’s just scratching the surface of his extremely high potential. In 2020, he popped with career marks nearly across the board. He particularly took a jump in coverage where he was one of the best players at his position. He had a career-high seven pass breakups and two interceptions while allowing just a 59.6 passer rating and 63.3 completion percentage when targeted. Not too shabby if you ask us. He also compiled 139 tackles (18 for a loss) and four sacks making him one of the more well-rounded linebackers that the NFL has to offer. That said, if he can improve a bit against the run, he can go to another stratosphere.

Jaire Alexander is simply one of the best cornerbacks in the NFL. The 2018 first-round pick has become a true No. 1 corner in Green Bay’s defense, earning second-team All-Pro honors for another stellar campaign in 2020. In 15 games played (all starts), he allowed opposing quarterbacks to complete just 51.3% of their throws against him with a passer rating of 67.4. After allowing around 800 receiving yards over the first two years of his career, pass-catchers traveled just 375 yards against Alexander last season. To give that better context, he allowed on average only 25 receiving yards per game in 2020 and is only getting better at just 24 years old.

Ward is another corner from that 2018 draft class and, like Alexander, has put together an impressive résumé over his first few seasons in the league. While Cleveland’s secondary has struggled at times, it hasn’t been due to Ward, who has posted double-digit pass breakups in each of his first three seasons. He burst onto the scene during his rookie season, compiling three interceptions, 11 pass breakups and 53 tackles en-route to a Pro Bowl nod. Last year he continued to surge in a positive direction finishing with a career-high 18 pass breakups in just 12 games while allowing a 54.3 completion percentage when targeted. For his career, opposing quarterbacks have completed only 51.2% of their passes toward Ward and have a passer rating of 71.1.

I had Fitzpatrick as the No. 3 ranked safety in the entire NFL in a piece written earlier this offseason, so he’s naturally on this list as well. While he was always a great safety, he was unleashed following his trade to Pittsburgh. He’s earned back-to-back All-Pro nods and has become a dangerous piece in the Steelers secondary. During his first full season in Pittsburgh last year, he totaled four interceptions through 16 games played (all starts) and a career-high 11 pass breakups. It was a coin flip if opposing quarterbacks were going to be able to complete a pass when throwing into his area as he notched a 50% completion percentage in 2020 with a 65.7 passer rating. That’s not just great for his age, but for any safety in the league.

Bates is a little underrated simply because the Bengals haven’t been in contention through his tenure. Still, that doesn’t mean he isn’t one of the better safeties in the league (I ranked him No. 4 only behind Fitzpatrick, Tyrann Mathieu, and Justin Simmons). Bates was PFF’s highest-graded safety last year and it’s hard to dispute that. For the third season in a row, he topped 100 tackles while also notching a career-high 15 pass breakups. Bates allowed a 54.3 completion percentage last year with quarterbacks totaling a passer rating of 70.7 when throwing in his direction. He also has nine interceptions over his first three seasons in the league. 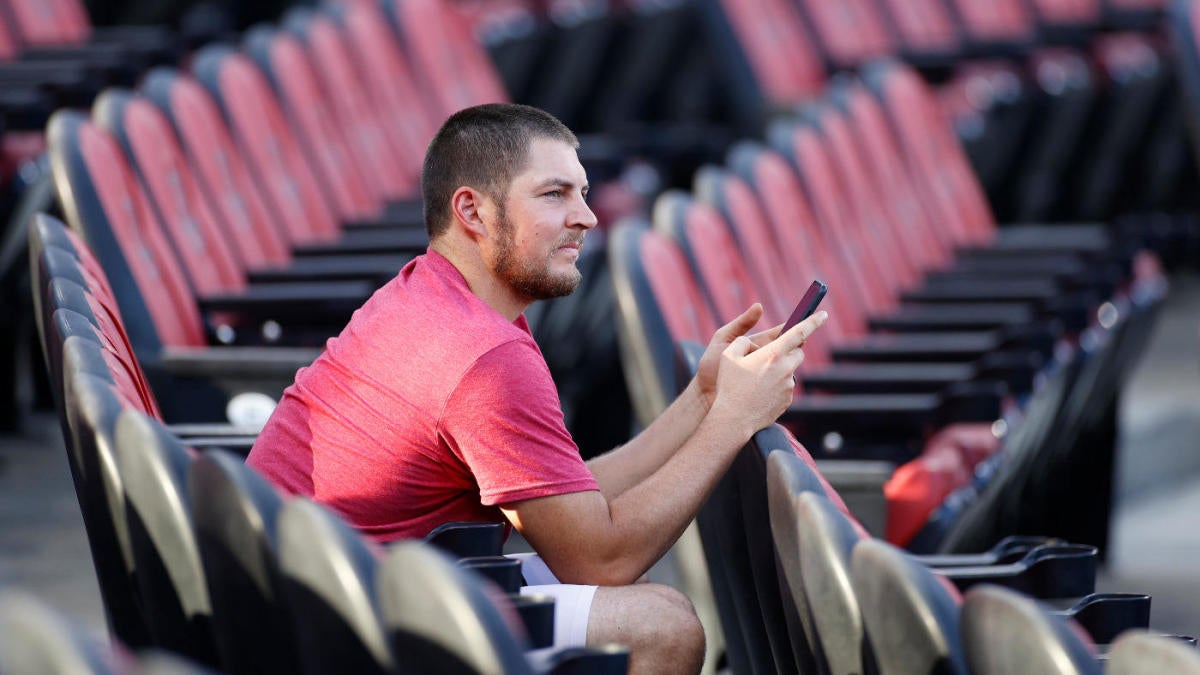 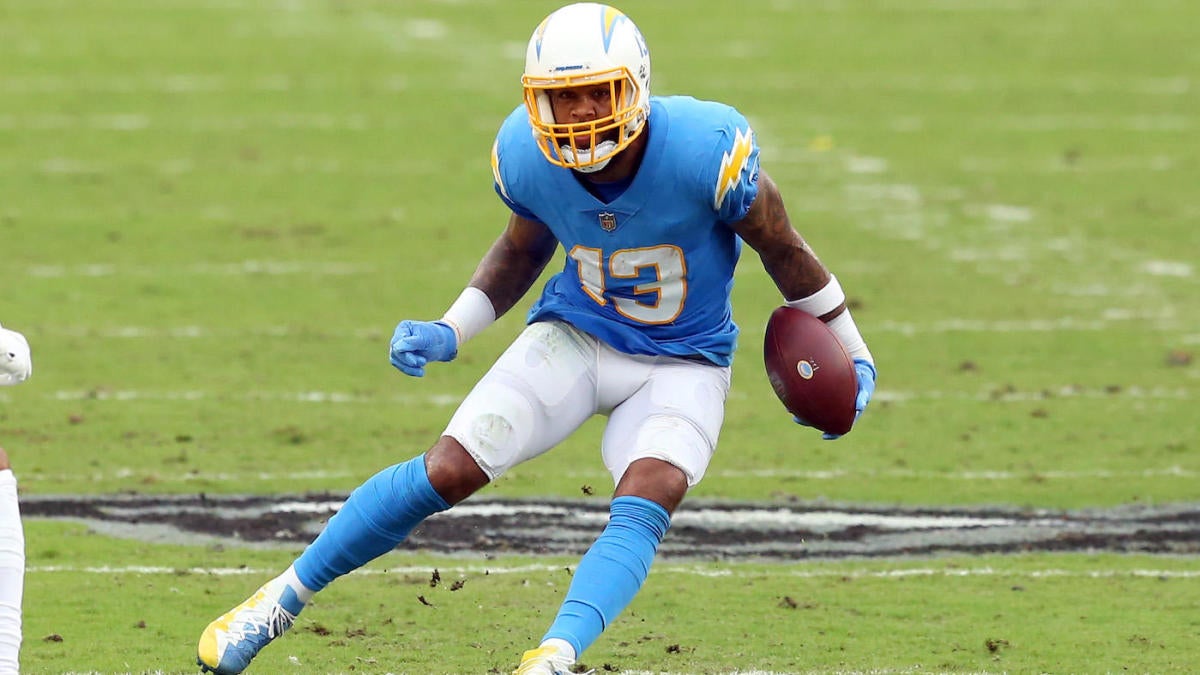 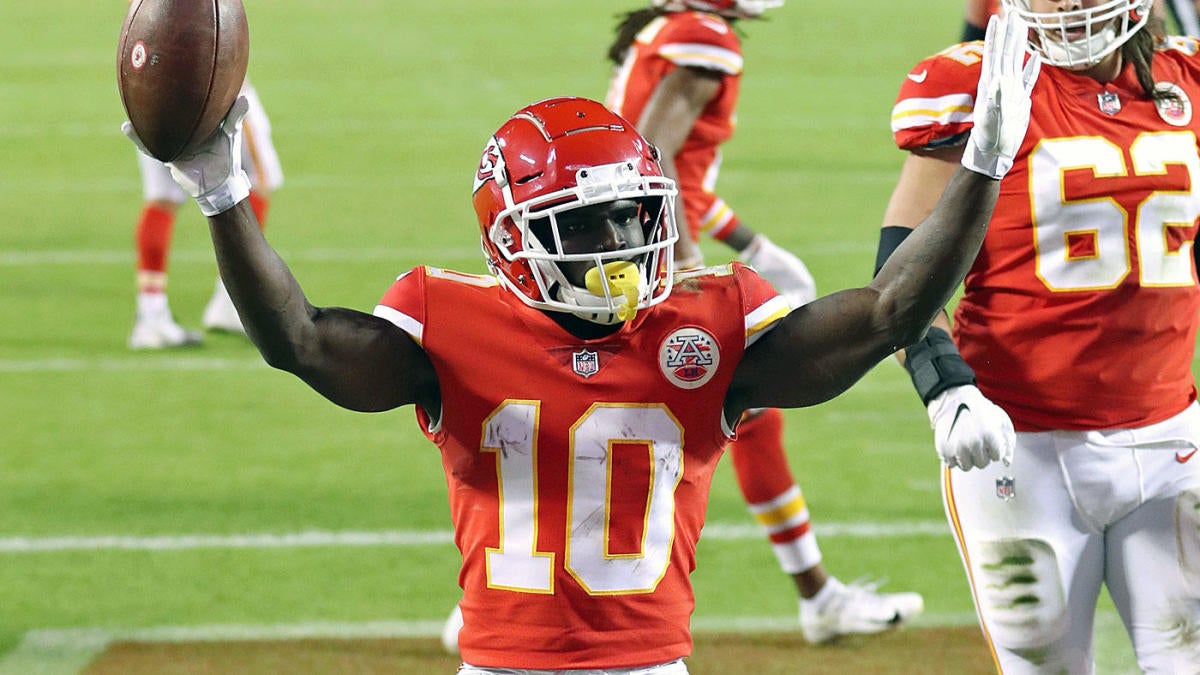