In an NBA postseason increasingly marred by star-player injuries and absences, teams — particularly those still playing — are finding big-time contributions in unexpected places. Below are six peripheral players, relatively speaking, making names — and in some cases, a lot of money — for themselves in these playoffs.

Daryl Morey flipping Josh Richardson to Dallas for Seth Curry was immediately seen as a savvy move. Adding an elite shooter to a team short on spacers made perfect sense, and Curry has long been a more well-rounded player than most people realized. But it would be a stretch to say you expected Curry to become Philly’s second-best player in the postseason.

The Sixers still wound up getting bounced by the Hawks, but without Curry, it would’ve been a lot worse. He carried them for long stretches, creating one-on-one opportunities, running pick-and-roll, and knocking down just about every decent look he got at the basket. After averaging 12.5 points on 46-percent shooting, including 45-percent from deep in the regular season, Curry shot up to 18.8 points per game in the playoffs.

Kevin Huerter is a lot like Curry in that it’s easy to label him just a shooter, but he’s actually a pretty big-time creator off the dribble. If he didn’t have Trae Young next to him, he’d be initiating even more offense. He has great feel for running pick-and-roll. He snakes his way into mid-range jumpers in Chris Paul/Paul George fashion. Without DeAndre Hunter, the Hawks would not be where they are without Huerter stepping into that secondary creator role.

Huerter was put in the starting lineup in Game 4 of the Philly series and you can bet he’s there to stay now. He was huge in Atlanta’s Game 7 win over Philly. When Young couldn’t hit anything for most of the night, Huerter kept the Hawks in range, finishing with a team-high 27 points on 10 of 18 shooting. Huerter shot 45 percent from 3 in Atlanta’s first-round win over the Knicks, and he scored 13 points per game against the Sixers, up from 11.9 in the regular season.

That might not sound like much of a jump, but again, Huerter has been better than a lot of people realize. This isn’t out of nowhere. But the stakes change everything. These shots he’s been hitting, the plays he’s been making, they’ve been season savers in some cases. These are huge plays in huge moments.

Huerter is just 6 for 17 from 3 in the first three games of the conference finals against Milwaukee, and 12 for 33 from the field. That has to change, particularly with the way the Bucks are now committed to throwing everything at Young, who is likely going to be less than 100 percent for a while with a sprained ankle (if he’s even able to play at all). Huerter has to play a bit above his head if Young is to miss time or be significantly diminished. He is not a peripheral player now. He’s front and center. If the Hawks are going to pull another shocker and recover from this 2-1 deficit and advance to the NBA Finals, Huerter will have to come up big the rest of the way.

Long saddled with the dubious distinction of being the guy who went No. 1 ahead of Luka Doncic, Ayton is showing that he’s a damn good player, and potentially on his way to being a great one, in his own right.

Ayton has been a beast for the Suns. Defensively, on the glass, as a hard roller and soft finisher, he’s gone from arguably the biggest question mark entering the playoffs for the Suns (can he defend on the perimeter, does he have to be honored as a scorer?) to one of the rocks of their success.

In the Suns’ Game 4 victory over the Clippers, Ayton registered 19 points, 22 rebounds and four blocks. Of those 22 rebounds, nine were offensive. He killed the Clippers on the glass, and if you’re looking to blame that on L.A. playing small, think again. Ivica Zubac played 40 minutes. After the Game 4 victory, Suns head coach Monty Williams said Ayton “basically won that game for us.”

That performance, of course, came on the heels of Ayton’s Game 3 heroics, when he finished the “valley-oop” off a pinpoint baseline out-of-bounds pass from Jae Crowder with under a second to play.

Central to Ayton’s breakout has been his willingness to narrow the scope of his offensive involvement. His post touches and usage rate are down considerably from the regular season. He’s not looking to take jumpers, really, of any sort. Eliminated are the baseline fadeaways and pick-and-pop mid-rangers.

Through 14 postseason games, 69 percent of Ayton’s shots have come inside the restricted area, and he’s converted an astounding 81 percent of those shots. Almost all of them are assisted. The ones that aren’t are the result of his offensive rebounds. He’s all but abandoned the idea of creating for himself. He lets Chris Paul, Devin Booker and Cameron Payne do what they do best, and he’s simply finishing what they start to the tune of an absurd 143.8 points per 100 shot attempts, per CTG. It’s a winning formula for the Suns and for Ayton, who’s eligible for a rookie extension this summer and is likely going to get paid.

Jackson has been solid for the Clippers all season, but he’s taken off in the playoffs. A 10-point-per-game scorer in the regular season, Jackson is averaging just under 18 per game in the playoffs on 48-percent shooting, including 40 percent from 3. Jackson’s shooting (more notably, his shot selection) has long been his downfall, but he’s hardly ever taking bad shots anymore even with significantly heightened creative responsibilities for a Clippers team that is legitimately relying on him as a go-to scorer.

Through 17 playoff games, 76 percent of Jackson’s shots have either come from 3 or at the rim, per Cleaning the Glass. In terms of shot profile, that is the most efficient picture Jackson has ever painted, with his 54-percent 3-point frequency a career high as well. Those dribble-the-air-out-of-the-ball pull-up mid-rangers have been largely scrapped, and the result is Jackson scoring 125.8 points per 100 shot attempts, another career high.

Jackson has always been an extremely gifted shot creator, but a word that has never really defined his game is reliable. That is what he has become for the Clippers. Absolutely reliable. He has created or made so many huge buckets for the Clippers this postseason, carrying them for long stretches and bailing them out of seemingly sunk possessions. Jackson is a free agent this summer, and the question becomes: How much stock will the Clippers, or some other team, put in this postseason run? Is Jackson worth a big-time contract, or is someone going to overpay him based on a relatively small sample?

Perhaps the single biggest reason the Suns were able to get past the Lakers despite Chris Paul playing with one arm, Payne has turned his entire career around in these playoffs. After being taken No. 14 overall in 2015, Payne had washed out of the NBA by 2019, when he was relegating to 10-day contracts and stints in China and the G-League. His career was effectively over.

Now the script has completely flipped as Payne has become an integral part of a Suns team that is one win from the NBA Finals. He’s averaging 10.6 points in the postseason. Over the first two games of the conference finals, when Phoenix was forced to play without Paul (who was stuck in COVID protocol), Payne totaled 40 points and 18 assists against just one turnover. For the playoffs, the Suns are plus-15.8 points per 100 possessions when Payne plays in place of Paul with the other four starters, per CTG. That’s one of the most important stats of these playoffs so far.

With Paul out, Payne made the Clippers pay for trapping Devin Booker. Payne’s inability to shoot consistently was perhaps the biggest factor in his first failed NBA stint, but he’s at 38 percent from 3 in the playoffs. And that doesn’t seem fluky. He has put work in on his jumper, and it has resurrected his career. Payne remains a nasty defender. and a stead point-guard hand. At this time last season, it was an honest question whether Payne would ever stick in the NBA again. Now it’s pretty clear he’s got a long career and lots of money ahead of him.

Remember when Ty Lue said Terance Mann was out of the rotation after he played one minute in the Clippers Game 2 conference semifinals loss to Utah? Yeah, so much for that. There wasn’t really any justification even at the time for Lue benching Mann, but since then that decision looks ridiculous as Mann has been a beast over his last eight playoff games.

In the closeout game against Utah, Mann went for 39 points on 71-percent shooting. He was 7 for 10 from 3. It was one of the most shocking postseason performances we’ve seen in some time considering the aforementioned fact that the guy wasn’t even in the rotation four games earlier.

Mann is a nasty player. He’s Patrick Beverley with more ability. He sprints to the glass for offensive rebounds. He’s a rabid defender and short-roll playmaker and finisher. He’s shooting 63 percent from the field in the Phoenix series, including 5 of 9 from 3. Much like Payne with the Suns, Mann, despite playing alongside legit stars, has been the Clippers most impactful player in stretches. He made improvements to every part of his game from his rookie year to this season, and he’s taken another leap in the playoffs. This is a guy you want on your team, even if he’ll probably never be a true go-to player. A Marcus Smart type guy with a better shot. Give me that all day. 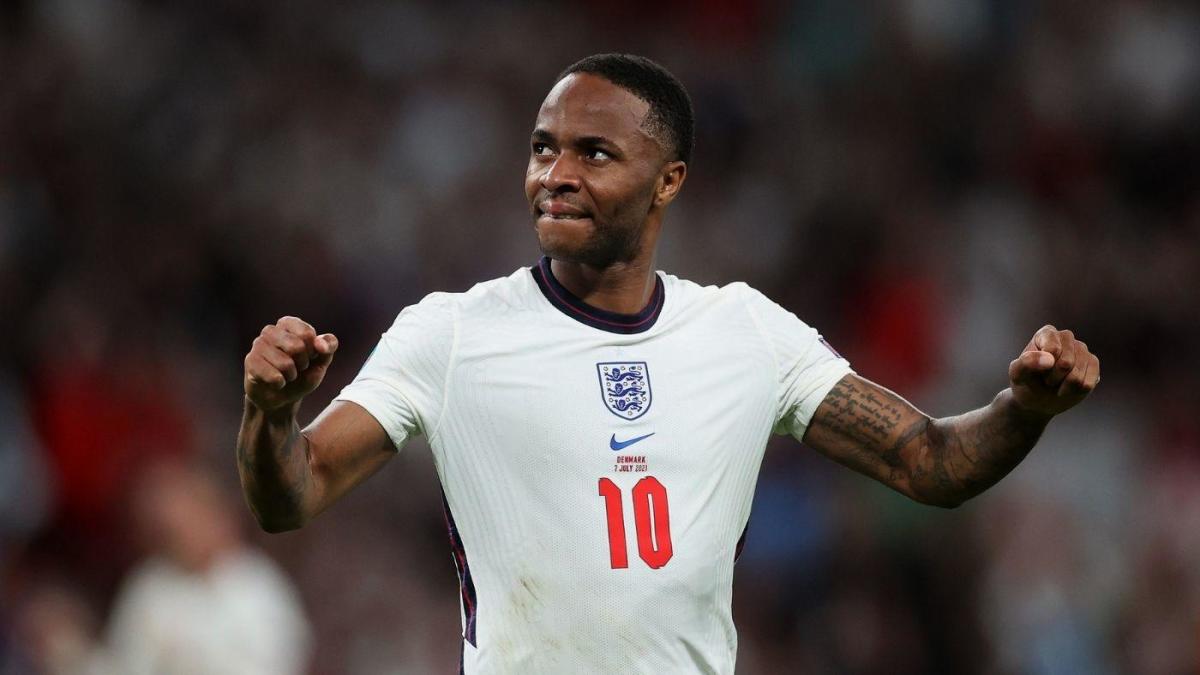 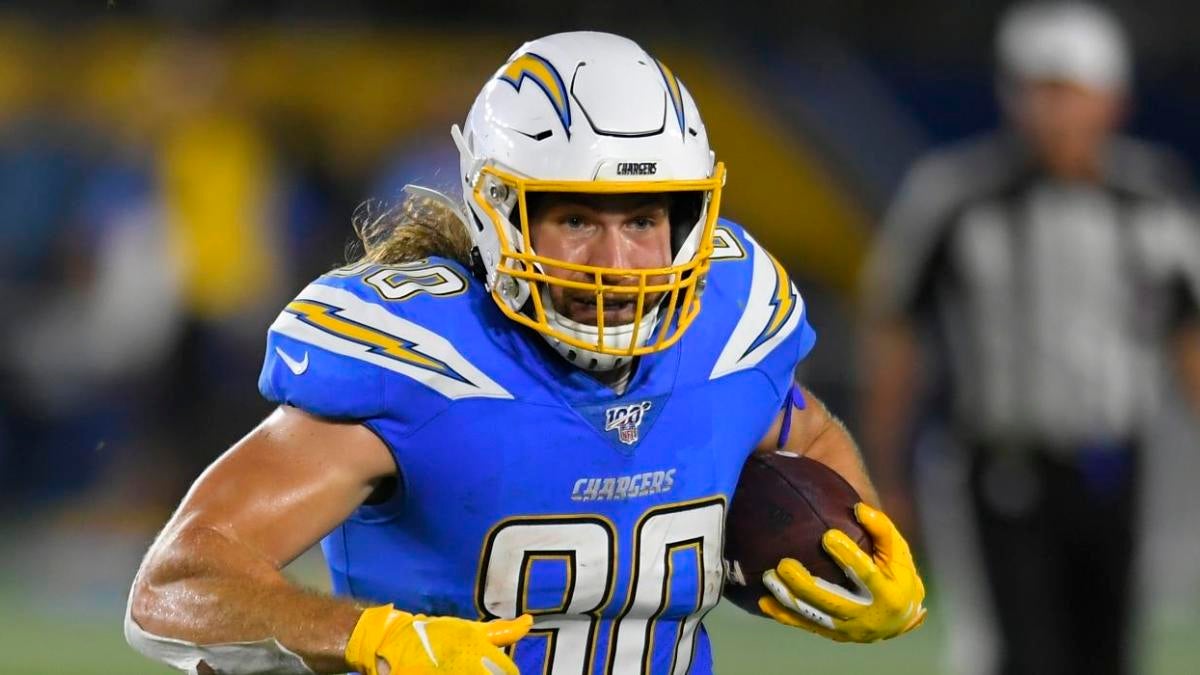