Massachusetts police arrested 11 people on Saturday (July 3) following a hours-long standoff with armed suspects that shutdown parts of Interstate 95 over the holiday weekend.

The group, composed of 10 adult men and one 17-year-old minor, identified themselves as members of a militia that adheres to “Moorish Sovereign Ideology,” according to a statement from the Massachusetts State Police.

They were dressed in military fatigues and body armor and armed with long guns and pistols but had no license to carry firearms, state troopers reported, adding that the group said they were traveling from Rhode Island to Maine for training.

During the arrest, the authorities said they confiscated eight firearms, including three AR-15 rifles, two pistols, a bolt-action rifle, a shotgun, and a short barrel rifle.

The encounter began about 2 a.m. when the police observed two vehicles on the side of the highway flashing their hazard lights after apparently running low on gas, the Associated Press reported.

Eventually, they surrendered after the police used armored vehicles to tighten the perimeter.

In a video posted to social media, one of the suspects says they are not an anti-government group.

“We are not going to escalate anything any further,” he says. “We are going to continue to not point our arms at you.”

The website for the group says they are “Moorish Americans dedicated to educating new Moors and influencing our Elders.”

All the suspects were charged with six offenses. They included several weapons-related charges, such as eight counts of unlawful possession of a firearm and possession of a high capacity magazine.

Authorities released the juvenile to parental custody, while the other suspects were held at the Billerica House of Correction on $100,000 cash bail. 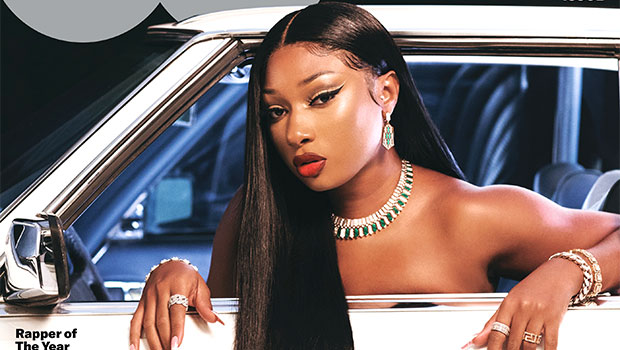 Megan Thee Stallion And Tinder Are Giving Away $1 Million